This post is the third in a series of posts on this blog written by students studying Non-Adversarial Justice at the Faculty of Law at Monash University. Students were invited to write blog posts explaining various complex areas of law relating to dispute resolution to ordinary readers. The very best post on each topic is published here. 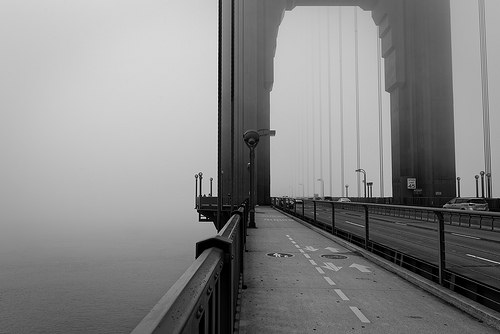 The National Mediator Accreditation System removed “neutrality” as a requirement on their list of ethical standards in 2015. This may suggest a trend away from the truly “neutral” mediator in the sense of a ‘detached third-party’. But does this mean we are to rule out neutrality entirely as an ethical consideration in mediation? With a trend of increasingly interventionist mediators, a complete disregard of the concept could place participants at great risk of being subjected to ethically dubious decisions.

Why Neutral At All?

A mediator in its simplest description is a ‘trained, impartial third party’ who assists parties in making their own decisions. However, mediation remains unregulated and virtually unmonitored as it is typically conducted in private with assurances of confidentiality. Mediated parties are expected to relinquish a guarantee of the principles of justice and fairness that would be inescapable in a common law court. It is these qualities of mediation that leave participants particularly vulnerable to a biased decision in the event of a potentially opinionated, interventionist mediator. Therefore, it is the consensual participation in the process and the assurance of “neutrality” that many consider the source of the process’s legitimacy.

On the spectrum of mediator involvement in mediation, the facilitative approach, which focuses a mediator’s role to procedural stages, leaves parties with as much freedom and control in the substance and outcome of the mediation as possible. The evaluative approach, on the other hand, has even been disregarded by some, like the Victorian Association for Dispute Resolution, as being a form of mediation at all. They argued that the mediator’s ‘input into the content, and sometimes the outcome’ of the mediation made the process inherently contrary to the core principles of mediation.

Such or any mediator involvement may suggest, as critics of the evaluative mediation approach do, an immediate breach of neutrality. But this is only the case if neutrality is restricted to a ‘strict, dualistic sense of the mediator either being or not being neutral.’

Why Not Be Absolutely Neutral?

To truly make the case for a re-imagined concept of neutrality, one must first accept the bold suggestion that mediations are not neutral in its literal sense and could likely never be so. Mental health professionals have found that ‘there is no such thing as total impartiality, neutrality, or lack of bias when working with people, even though as practitioners they may strive for such ideals.’ In mediation specifically, research has shown that in practice, mediators may affect and influence mediation at almost all stages of the process. Examples include ‘the ways they structure the interchange between the parties, in terms of the sequencing of storytelling and the framing of responses and what needs to be responded to.’ It follows then that any assessment of a mediator’s success in reference to their ability to be neutral, in the literal sense of the word, would set almost all our mediators up for failure.

However, regardless of a mediator’s ability to be neutral, there is the added consideration that absolute neutrality may not even be conducive to the goals of a truly successful mediation. For example, in the case of the simultaneous expectations that a mediator be both absolutely neutral but also committed to facilitating an equal conversation, one often comes at the cost of the other.

Mediated parties often experience a power imbalance. Therefore, a hands-off mediator may in these cases fail to protect ‘vulnerable parties from inappropriate pressure’. In family law mediation (family dispute resolution or FDR), for example, parties often meet at very unequal terms. Mediators in these cases may be caught between either claiming a position of absolute neutrality, thereby stripping them of the power to ‘redress imbalances’, or recognising a role in sometimes having to take ‘affirmative action… to achieve a balanced agreement.’

Family dispute resolution practitioners must consider if ‘family dispute resolution is appropriate’ before mediation is undergone. This may allow for vulnerable parties to be excluded from the mediation process, sparing mediators the struggle of balancing these competing expectations. But some victims still ‘feel that FDR processes fail to identify and manage the risk of family violence effectively.’ The exclusion also does nothing for parties beyond family abuse dynamics who may still be more vulnerable than the other party due to cultural, societal or financial factors.

This concept of absolute neutrality is similarly challenging for indigenous mediators, to whom Western notions of neutrality may not make sense. In indigenous mediation it has been recommended that a respected elder would likely be the more appropriate choice of mediator than a neutral third-party. Selecting a mediator for their ability to intimately understand the parties as opposed to their ability to detach themselves from them is arguably in direct opposition to Western expectations of a successful mediator. A commonality in our understandings of a successful mediation, however, may be the increasing interest in addressing the conflict at the heart of mediations.

Therapeutic jurisprudence, a philosophy focused on critically viewing our legal systems to maximise the health and wellbeing of those who engage with it, has been applied to improve and direct law reform throughout Australia’s legal system. Critically assessing the purely facilitative mediation process through a therapeutic jurisprudence lens unearths the potentially anti-therapeutic effects of having a non-interventional, solution-centric mediator who as a result, fails to address and redress the underlying tensions at the heart of parties’ relationships. The development of therapeutic jurisprudence throughout Australia is proof that the indigenous community’s focus on rebuilding and strengthening relationships is not unique and could be facilitated in mediations with a more involved mediator.

This argument assumes, however, that participants of mediation are always equally capable of articulating and pursuing their own interests and that they are always more concerned with a practical outcome than a resolution of the underlying feelings and conflict which brought on the mediation in the first place.

However, research has shown that in mediation ‘the basis of authoritativeness (e.g. of the ability to gain voluntary acceptance from members of the public) is changing from neutrality-based to trust-based.’ This suggests that contrary to advocates for neutral mediators, parties may actually prefer a more interventionist mediator who is willing to foster openness and build a relationship of trust over a detached one.

So perhaps instead of aligning neutrality with a mediator who never intervenes, it would be best to hold mediators’ interventions to standards ‘of non-partisan fairness or impartiality’ instead. For example, weighing, as an objective third-party, whether an intervention would make sense to ‘facilitate a productive dialogue by encouraging or even coaching reticent or inarticulate parties’ to promote a generally more just proceeding. After all, in the immortal words of Theodore Roosevelt, ‘Impartial justice consists not in being neutral between right and wrong, but in finding out the right and upholding it, wherever found, against the wrong.’

Amanda Selvarajah is (@amanda_darshini) currently in her third year of the Bachelor of Law (Honours) program at Monash University. Her research has focused on questioning the limits of the law and its rooms for improvement across a variety of fields. Last year, her research into the abuse of forensic evidence in court was selected for presentation at the International Conference of Undergraduate Research.