International Women’s Day is an opportunity to reflect upon what we know about gender equity issues in the dispute resolution field. 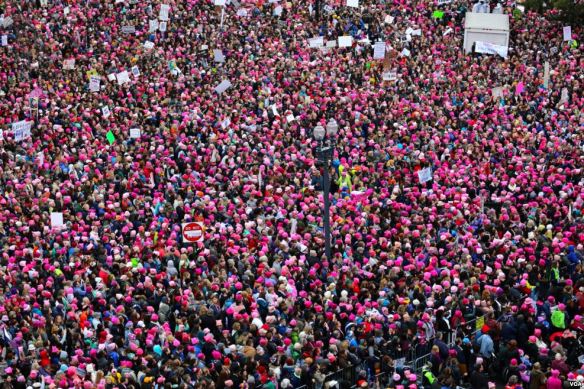 The gender factor in dispute resolution

Carrie Menkel-Meadow has long been interested in the question of the contributions that women make to the dispute resolution field. In 1985 she predicted that increased numbers of women lawyers would shape the profession in a more problem-solving, relational, contextual and caring direction. In 1998 Juliana Birkhoff argued that gender permeates conflict dynamics at the societal and individual level. In 2000 Leigh Goodmark wrote an article about the danger that dispute resolution processes posed for some women, citing an example of a woman survivor of family violence being disadvantaged in a mediation process that was controlled by her husband. Rachael Field wrote about process imbalances in Family Law Mediation that women should be aware of in 1998. Hopefully the extensive work that has been undertaken to make dispute resolution processes safe for people affected by family violence means that women are no longer at such a striking disadvantage. Tamara Relis’ 2009 work is an insightful investigation of the effect of gender in mediation, within the context of complexity of factors. In 2012 Menkel-Meadow noted that the question whether gender is a significant indicator of dispute resolution behaviour remains a live issue. She concluded from her summary of evidence that it’s difficult to unravel gender factors from other interpersonal dynamics and draw any certain conclusions.Nonetheless, gender is bound to play some part within dispute resolution processes, as it does in other human interactions.

Women appear to be well represented in the dispute resolution profession and academy, which may reflect some gendered attraction to the interpersonal relational focus of dispute resolution theory and practice. This does not, however, mean that women are treated equitably in obtaining work or pay within the field.

There is some evidence of gender bias in selection of dispute resolution practitioner. For example, a study by Gina Brown and Andrea Schneider found that where selection of practitioner occurred through mediator provider lists, 47% of selections were women, compared to only 29% when selection relied upon networking. Women arbitrators were only selected 20% of the time by either manner of selection. Furthermore, women advocates selected women mediators 37% of the time, whereas male advocates selected women mediators only 16% of the time.

In 2013 Victoria Pynchon provocatively wrote a piece titled “Do I Look Fat In This Profession? Escaping Gender Bias in ADR.” Among other things, she discusses unconscious bias and Harvard’s Project Implicit, which is a tool to measure prejudices. Self-tests can equip us to adjust our own practices to overcome our own biases. The strong gender biases in arbitration were usefully discussed in the 2015 “Old, White and Male: Increasing Gender Diversity In Arbitration Panels.”

Diversity and inclusiveness of the dispute resolution profession will support better practice and benefit the field as a whole.

In 1997 NADRAC included a Chapter on addressing gender equity issues in alternative dispute resolution in its “Issues of Fairness and Justice In Alternative Dispute Resolution” Discussion Paper.

The Women in Dispute Resolution Committee of the American Bar Association aims to assess the status of women in dispute resolution professions and academia, as well as identifying barriers and promoting gender equity to increase women’s participation in the DR profession.

Perhaps there is scope for a contemporary Australian focus upon women in the dispute resolution field. There may be an opportunity to replicate some of the research that has been done elsewhere to gather data and identify issues. Perhaps professional organisations could partner with researchers to start such a project. Please comment here if you have data or research findings already to share.