The Global Pound Conference (GPC) series 2016-17 is an ambitious, future-focussed project, established to create a contemporary conversation about improving the access to and quality of justice in commercial conflicts internationally. 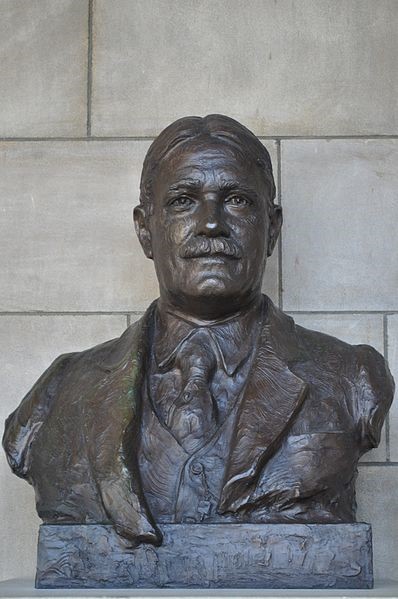 When complete, the series will have included individual conference sessions involving 29 cities in 23 countries. Several blogs on this site have talked about the GPC series and how it has played out in a number of the host cities. The significant data analysis that has already emerged from the first session in the series (and has become known as The Singapore Report) has also received commentary in these pages.

The ultimate objective is the collection of data from all conference participants using a common set of 20 multiple choice questions (The Core Questions) and four sets of open text questions (The Discussion Questions) to stimulate robust discussion, research and innovation into dispute resolution

As we approach the last of the GPC series, to be held in London in July 2017, it seems timely to go back to where it all began. History informs the present and the future and, in our excitement about the significance of this ambitious project, it is important not to overlook the contribution of the memorable life of the man whose name it bears.

Roscoe Pound (1872-1964) was a remarkable man. Whilst some scholars brand him as ‘the most famous American jurisprudential thinker of the first half of the twentieth century’ and ‘the greatest twentieth century dean of the Harvard Law School’[1] his is hardly the name on every lawyer’s lips. Nor did he fit the mould of your average law school Dean.

Son of a well-known Nebraskan judge, law was not his first choice. Instead he pursued a career and doctorate in botany. Roscoepoundiana – a fungus – was named after him, ensuring his enduring botanical fame. I confess to feeling a twinge of envy!

However family pressure could not be resisted and he entered legal practice (possible in those days without a degree). Enrolling in the one year postgraduate law program at Harvard, family circumstances kept him from completing the exams but not from continuing as a practitioner.

His professional career saw him making memorable and enduring contributions wherever he went. At the Nebraska Bar he helped establish the Bar Association. He was appointed to the University of Nebraska and later became Dean of the Nebraska College of Law (1903-1907). Our students today benefit from his decision to introduce electives into the law degree.

In 1906 the American Bar Association (ABA) invited Dean Pound to deliver the keynote address at its annual meeting in St Paul, Minnesota. His speech, ‘The Causes of Popular Dissatisfaction with the Administration of Justice’, shocked many in his audience. Opening with the line ‘Dissatisfaction with the administration of justice is as old as the law….’- and continuing to chronicle the law’s deficiencies, it is not surprising that his address was not well received and the backlash from the profession provoked withdrawal of the initial decision to print and distribute 4000 copies.

However not everyone was a critic. In the audience was Dean Wigmore, Dean of Northwestern University, who soon persuaded Pound to accept a professorial post at Northwestern and later commented that Pound’s speech ‘struck the spark that kindled the white flame of high endeavour now spreading through the entire legal profession and radiating the spirit of resolute progress in the administration of justice.’[2] Discovering that Pound had not graduated in law, he gave him an honorary degree.

Pound continued his distinguished career teaching and writing, finally settling into the post of Dean of the Harvard Law School (1916-1964) – to this day he remains the only Harvard Law School Dean not to have graduated from law school.

An influential and widely published academic and administrator, by the time of his death in 1964, Pound had still not received the recognition he deserved from the practising profession to which he had contributed so greatly. Whilst not being prepared to issue an apology, the ABA did make a belated acknowledgement of Pound’s contribution to the profession and to legal thinking by awarding him the ABA medal (its highest award) in 1940.

Pound’s writing remained relevant and thought-provoking and he certainly influenced legal thinking. Those he influenced included Chief Justice Warren Burger, (another judge who managed to upset conservatives) defying his sponsor, the anti-progressive Richard Nixon, by upholding the Miranda decision and supporting the majority in Roe v. Wade.

In 1976, 70 years after Pound’s keynote address, the ABA conference returned to St Paul, Minnesota. It was here, at the appropriately named Pound Conference, that the profession finally provided Pound with what amounted to the apology and acknowledgement he so richly deserved.[3]  Joining the ABA as sponsors were the Conference of Chief Justices and the Judicial Conference of the United States. Burger clearly had considerable influence over the program as he is credited with issuing the invitation to Professor Frank E.A. Sander, a notable Harvard academic, to participate. Dealing broadly with various issues of dissatisfaction with the legal system, Dispute Resolution was one stream among a number and many papers were delivered. However it is Sander’s paper’ ‘Varieties of Dispute Processing’[4] that has provided the conference’s most memorable legacy and continued the work begun by Pound in his 1906 address.

This first Pound conference laid the groundwork for the significant world-wide event we are celebrating now. The name is an important link to history and an acknowledgement of the man who inspired it all.

Roscoe Pound would be proud.

[3] See ‘Perspectives on Justice in the Future’ Proceedings of the National Conference on the Causes of Popular Dissatisfaction with the Administration of Justice, West Publishing Co., St. Paul Minnesota 1979