In Mediation in Australia (LexisNexis, 2018) we repeatedly refer to self-determination as the remaining legitimising value proposition underlying contemporary mediation, having noted the disappearance of voluntarism, the end of neutrality’s reign and, to some extent, the compromisation of the promise of confidentiality in mediation — characteristics that have not stood the test of time. The self-determination principle has also been affected by some of the drivers and imperatives referred to in our previous blog post. We endorse the principle of self-determination as a defining feature and aspiration of all mediation — albeit with restrictions identified and discussed further in the book. We are now reflecting on whether even this principle is becoming contingent, given the rise of combined processes such as med-arb and arb-med, the displacement of facilitative mediation by evaluative and advisory systems and the prevalence of settlement conferencing under the guise of mediation. 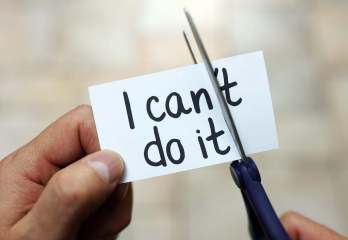 Consider, by way of illustration, the case of a workers’ compensation claimant who had suffered physical injuries in a work accident in a highly pressured and competitive operating environment. After receiving weekly payments for several years, he brought common law negligence proceedings against his employer, claiming damages for past and future loss of wages, the only heads of damage allowed by statute. The matter was referred to mandatory mediation and his counsel commenced negotiations with a claim of $450 000. An insurer served as respondent under the subrogation principle and the employer was not present. The sequential rounds of negotiation progressed as follows:

The conundrum arising in this situation, replicated in innumerable Australian contexts each day, is how to categorise the process as a DR system. The exercise was conducted in a cultural context involving limited mediator involvement and well-worn precedential channels. Nominally it falls into the settlement model of mediation where the self-determination principle remains a legitimising principle. There might, however, seem to be little in the way of authentic self-determination for the claimant. The mediation took place eight years after the workplace injury, it was highly legalised with solicitors acting for both parties and counsel for the claimant, the procedure operated predominantly on a shuttle basis and it was allocated four hours of mediation time. The complainant’s choices involved a complex risk analysis as he could continue on weekly benefits and medical payments until the age of 67 and was obliged to make a final ‘certificate’ offer if there was no settlement. If such a claimant succeeds at hearing but receives less than their certificate offer they may be denied recovery of their own costs; if they receive less in damages than the insurer’s certificate offer they are potentially liable to pay the respondent’s costs, despite succeeding on the liability question. There was also some uncertainty over the claimant’s future health condition despite his having reached maximum medical improvement.

In this situation the legally-advised claimant, well informed by counsel, did provide informed consent to the insurer’s final proposal when it became locked-in at the $250 000 figure. Our query relates to whether he was involved in an authentic self-determination exercise, given his limited bargaining power, the difficult risk assessment involved and the fact that he was negotiating against himself in the last three rounds. While a single anecdote does not itself challenge established theory, this example illustrates a current trend and exposes the forces impacting on party self-determination in mediation.

We see three possible responses to the categorisation conundrum. The first option is to massage the already flexible concept of self-determination to accommodate the claimant’s situation: despite his having no real control over the outcome we could contend that self-determination can be satisfied by the residual factor of bestowing or withholding consent from the other side’s repeated ‘top line’. This could be an ideological response designed to maintain a sense of principle in the mediation system as always involving self-determination for each side. However, it involves potential abuse of ordinary language and invites a lack of congruence between the theory and practice of mediation. This is the flexible option in which the meaning of self-determination is expanded.

A second option is to remove such practices from mediation’s definitional ambit on the basis that it has forfeited the final defining principle of the system, namely authentic self-determination for parties. This would involve finding alternative, non-mediation designations for such practices, something the DR community has considered for decades. While conciliation is an obvious response to the search, we have two problems with this designation applying to the example provided: the first is that we defend in the book our use of mediation and conciliation as inter-changeable concepts, and the second is that the ‘conciliator’ role of advising and recommending to the parties is lacking in these situations. This is an exclusivist option in which mediation retains authentic self-determination as a defining ingredient of the system.

A third option is to acknowledge that the example does not support the self-determination principle in any meaningful sense but to continue including such practices within a generic concept of mediation. Here, it is the concept of mediation that stretches its existing elasticity to a point where it is identified by value propositions other than self-determination, namely the impartiality of mediators and informed consent for parties. This would open brand mediation to most DR options in which interveners cannot make binding decisions for the disputants. This is the inclusivist option in which the meaning of mediation is expanded to remove self-determination as the quintessential attribute of its theory and practice and it is replaced instead with the more limited notion of informed consent — this is indeed one of the ingredients of self-determination, but it has a narrower and less aspirational scope.

Our approach to the conundrum is to attempt to reconcile our aspirational and pragmatic selves. We still see self-determination as the characteristic of mediation that makes it distinctive and imposing, although its incidence is often a question of degree. The concept itself derives from theories of both democracy and international relations and was part of mediation’s creation and development — the factor that enables it to have empowering and transformative effects. We don’t envisage a valuable and viable concept of mediation in the future that is without the notion of self-determination at its centre. We do not support the exclusivist view that anything other than facilitative mediation cannot be considered mediation, but some level of common understanding of what ‘mediation’ means is needed so that legal and DR professionals and parties have clarity about what the system does and does not offer. Moreover, without some precision as to what constitutes the core aspects of mediation systems and how they operate, an ethical framework for appropriate practice remains illusory. Mediation and its underlying theory have to stand for something; the process does not have to bend to pressure to be all things to all people.

In retaining the self-determination principle, we acknowledge that in situations such as that of the claimant above it has a more limited connotation, namely that a party’s informed consent to an outcome satisfies the requirement — in this sense we adopt some of the flexible approach. One might indeed speculate as to whether the deep self-determination supposition of facilitative and advisory processes asks too much of parties who are disoriented and confused by conflict and the ambiguities of choice they are experiencing at a time when they are most in need of professional guidance and advice. It arguably places too much responsibility on parties who are not functioning in optimal ways and are least able to be rational and creative in approaching the challenges of their dispute and their choices in mediation.

While it might be contended that determinative DR processes are more appropriate for such persons, practical realities often entail that they must use mediation. We contend that it is better to reconsider a theoretical element of mediation than to manage the dissonance between unrealistic theory and pragmatic practice. As discussed in Chapter 1 of the book, the exclusivity camp has long advocated for the term ‘mediation’ to be restricted to practices committed to the authentic application of the self-determination principle in contexts in which mediators are predominantly facilitative in their endeavours and they add value in communication and negotiation dimensions, and in which parties derive procedural and emotional benefits from the process involved. Many first-generation, family, workplace and community mediators were taught and trained in terms of this conceptualisation of the process and remain committed to it in practice. The National Mediator Accreditation System (NMAS) is also primarily based on this concept.

By contrast, the inclusivity camp of mediators comprises those who, while they might not have relinquished the strong value ideations of the exclusivists, nonetheless acknowledge that what is designated as ‘mediation’ in practice should be regarded as mediation, subject to two essential qualifiers — first, that mediators do not have any power or responsibility to make binding determinations for parties; and second, that parties provide informed consent in relation to any mediated settlement agreement. We identify in this regard, with respect to the exclusivists and in acknowledgment that our own convictions have been challenged in reaching this position, with the inclusivist camp. We contend that the battle for exclusivity has effectively been lost and the identifying characteristics of that model are too circumscribed and difficult to police to maintain a meaningful connection between practical realities and theoretical constructs. This is not to preclude the development of future values and objectives for mediation, for example in becoming more normative in nature, a contributor to the Rule of Law or even a surrogate for other forms of democratic expression. Those developments, however, lie in the future.