We all have our own personal communication style. That’s what makes communicating in lockdown a challenge but also interesting! What we might not realise is that there is science and theory behind how we speak to each other and the terminology we choose to use. Harnessing our dispute resolution agency in making good communication choices is essential to preventing, managing and resolving disputes that might arise while we’re all locked down.

In this post we explore how the idea of a ‘language game’ can help us understand the background norms structuring our communication environment in lockdown.

Ludwig Wittgenstein – a German philosopher born in 1889 in Vienna – used the notion of a language game to explain the underlying conventions of different forms of social discourse and to make explicit some of the implicit expectations that lie behind different forms of social interaction. Diverse communication environments reflect different expectations as to appropriate or expected forms of speech and behaviour. For example, people communicate differently in more formal environments (such as a courtroom) compared with less formal environments (such as a party). Different contexts have different rules of engagement – different language games that must be played – for communication to be effective.

Wittgenstein’s point is that people are often unable to participate seamlessly in a language game unless they already understand, to a certain extent, the rules that apply to the specific communication context. He illustrated this point through the example of the name of a piece in chess. If you are shown a piece from a chess set and told, ‘This is the king’, it does not inform you how to use the piece. An understanding of the rules of the game of chess is required to know what to do with a ‘king’. On the other hand, if you do know the rules of the game and you are told that a certain piece is the ‘king’, then you will know exactly how to use it. The name ‘king’, when affixed to a specific piece, will tell a competent chess player to only move it one square in any direction, to protect it from threats by opposing pieces and so on. 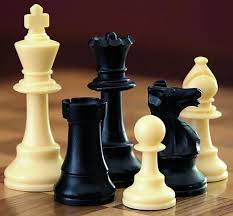 The same idea applies to different communication environments. In a courtroom, for example, there are well-documented difficulties that arise when an unrepresented litigant attempts to engage in courtroom advocacy. At a party, certain types of comments will contribute to smooth conversation, while other types (such as offensive jokes, inappropriate questions or sharing of overly personal information) may cause social discomfort and be ignored or shunned by other party-goers.

Wittgenstein describes a language game as a set of rules for the use of language in social interaction, with ‘the speaking of language [being] part of an activity, or of a form of life’ (Philosophical Investigations, 11 [23]). Wittgenstein notes that language fundamentally influences – and, indeed, constructs – the ways in which people interact. Language is linked to social behaviour and to the social dynamic. People associate certain words and phrases with particular forms of behaviour and vice versa.

We need to think carefully about our new communication environments and harness our dispute resolution agency to respond appropriately. A failure to do so may result in a ‘clash of genres’ or what French philosopher Jean-François Lyotard called the differend. A clash of genres occurs when a person operates within one language game when the communication context is governed by a different language game.

One base-line element – a fundamental rule – of achieving effective communication in the context of the diverse manifestations of the lockdown language game is that there is an imperative for us to choose our words wisely. If we choose negative, accusatory, threatening, challenging or unhelpful words we will probably exacerbate the potential for conflict, contestation and struggle to arise as a result of our communication approach. On the other hand if we craft our communications from a positive perspective, we are more likely to negotiate and communicate effectively, and also prevent, manage or resolve disputes.

In mediation practice we use a skill called ‘reframing’. Reframing is where the mediator takes negative language the parties might be using and proactively reframes it in appropriate language. A later post in the series will discuss the art and science of reframing in more detail.

When mediators reframe, that is choose to use less negative and more appropriate terms, they can have a positive influence on the tone of the communication environment. The use of constructive words can also induce the people we are communicating with to think about matters more helpfully and from a new perspective, and it can help people to be more open to embracing productive approaches to problem-solving.

For example, instead of saying ‘You’re lying’, we could ask ‘Are you sure you’re accurate about that?’

Here are some further examples:

Communicating effectively in lockdown with our families, work colleagues and others is a challenging experience when we are also trying to manage feelings of uncertainty, stress and sadness. Harnessing our dispute resolution agency to make positive choices about the words we employ in our communications will help us to avoid clashes of genres in how we engage with the lockdown language game(s). The consequences of such actions are unavoidably positive: more effective communication and proactive achievement of the prevention, management or resolution of disputes.

Tomorrow’s post: It’s not all about the words – effective communication and body language.

The idea for a post on choosing words wisely was inspired by Laurence Boulle and Nadja Alexander, Mediation Skills and Techniques (LexisNexis, 3rd ed, 2020) paras 6.27-6.28 and Table 6.2. Both Laurence and Nadja are esteemed members of the ADR Research Network and have long been leaders in the Australian and international dispute resolution communities.

The content about the notion of language games was adapted and reproduced from Rachael Field and Jon Crowe, Mediation Ethics – From Theory to Practice (Edward Elgar, 2020) Chapter 7. See also Rachael Field and Jonathan Crowe, ‘Playing the Language Game of Family Mediation: Implications for Mediator Ethics’ (2017) 35 Law in Context 84. Jon Crowe is another esteemed member of the ADR Research Network and a dear friend, co-author and colleague.