Since beginning this Lockdown Dispute Resolution 101 series we’ve been using the terms ‘conflict’ and ‘dispute’ without having defined them. These are terms of which people might assume an understanding. However, if our lockdown communications and negotiations are going to be as effective as possible, it is worth taking some time to understand more deeply what makes up ‘conflict’ and ‘disputes’ – and how their meanings are in fact different even though the terms are often used synonymously. A better understanding of these concepts will help us to be successful in preventing, managing and resolving disputes and conflict in lockdown. Of course, a deep appreciation of the nature of conflict and disputes is part of the knowledge set required of mediators in order to practice the art of mediation. 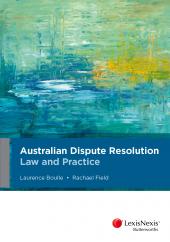 Conflict is a challenging phenomenon in all contexts – in international relations, societies, families and workplaces. It is pretty much endemic to the human condition and is usually present in some form or at some level wherever human beings are in a relationship or relating to each other in some way. In one of our books on dispute resolution – Australian Dispute Resolution: Law and Practice – Laurence Boulle and I deal extensively with the many facets of conflict and disputes: the definitions, sources and dimensions, how they can escalate and de-escalate, and possible interventions and outcomes. This post is taken from that Chapter.

While the discovery of conflict’s ‘DNA’ is still elusive, there is currently more knowledge about the phenomenon than when mediation’s development first commenced. Laurence and I use term conflict in our book to denote situations of tension, stress or friction among different individuals, groups or countries, which is accompanied by perceived threats to one or both sides’ interests and goals, but without any specific presenting demands or claims or overt activities.

Adjoining neighbours, for example, might live in a state of conflict over noise, fences and pets, without explicit demands being made of each other. This involves a situation of low-intensity disharmony or latent hostility without actual skirmishes over the fence. External events, such as a late-night disturbance or the need for a new dividing fence, could create conditions for the exacerbation of conflict. On the other hand, an overt dispute could be averted through ignorance, fear or the parties simply deciding to live with the tension and get on with things. 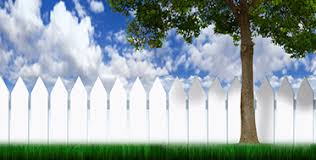 As a conflict situation evolves, each side develops firmer views as to how they would like it to play out. Each side attempts to impose their understanding on what the problems mean on the other side, and they deploy the power and influence at their disposal to achieve outcomes that advantage them. In the international domain, for example, conflicts among nation states can be caused by political, trade or financial tensions, sometimes extending over decades. International conflict-prone situations are exacerbated by factors such as disparities in military and economic power, access to natural resources and population size.

In some contexts, high conflict develops. There is a significant literature on ‘high conflict situations’, ‘high level conflicts’ and ‘high conflict people’, and most lawyers could provide rueful anecdotes on each of these phenomena. High-level conflicts are characterised by extreme emotions of anger, fear, frustration and sadness, and desires for revenge, punishment and vindication. They may be associated with conflict-prone individuals, such as narcissists or border-line personalities. Whatever their cause, high emotions, such as anger in one party, can invoke counter emotions such as hostility in the other, and a pattern of escalating emotions can ensue until what might have started as a low-level conflict escalates to the higher end of the spectrum. These situations provide special challenges for mediators and require sophisticated practitioner responses in customised mediation processes. They pose particular challenges in lockdown. If a situation involves high conflict – it is probably necessary to get the help of an expert mediator to facilitate communications and negotiations safely.  Sometimes a professional therapeutic intervention may also be necessary.

More generally conflict is a looser notion than a dispute – disputes emerge out of conflict situations. For example, conflict could transform into an overt dispute in the above neighbourhood illustration, if one of the neighbouring parties calls the police or sends a threatening letter to the other.

The term dispute refers to a situation which is more concrete than a conflict. Disputes often emerge from conflict situations when one party opposes what the other actively proposes to do or achieve. Disputes can arise from specific events, such as a lawyer’s letter requesting contributions for a newly-erected fence which is met by a blanket refusal, or silence. It could arise from a series of events, such as email correspondence containing allegations and counter-allegations, accompanied by verbal abuse, threats and invocation of authority figures such as the local council.

In the international domain the structural factors between nation states that give rise to conflict situations cannot easily be changed and they provide the circumstances for the emergence of disputes which might need to be dealt with by international bodies such as the UN Security Council or the International Court of Justice (ICJ). For example, two countries’ differences over maritime boundaries might develop from a long-term conflict situation into an international law dispute needing adjudication by the ICJ. 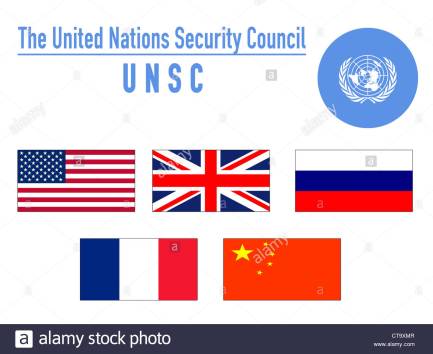 Laurence and I use the term ‘dispute’ to denote a situation of greater specificity and legal relevance than is the case with conflict, but no real precision of meaning is possible. In the above maritime dispute, for example, if the ICJ referral does not lead to finality and armed hostilities ensue, this situation would be described as armed ‘conflict’. But it in fact involves more than the conflict-induced state of tension referred to above. In other words, conflicts can be both overt and intense, depending on the circumstances – and for these reasons some literature in the international relations and political science arenas refers to conflicts as more extreme kinds of dispute.

The term complaint is sometimes used interchangeably with ‘dispute’. However, the term is usually associated with consumers or clients alleging wrongdoing or irregular practices by business, government or other service-providers.

For example, a complaint might be made when a bank includes unexplained fees in a customer’s statement, or a government agency fails to respond to a licence application. Complaints can be managed effectively through the provision of information or explanation, by having a fair process for addressing the complaint, or by the complaint target complying with their obligations, so that they never become concrete disputes. If, however, a complaint is ignored, denied or poorly managed, for example the bank refuses to furnish the client with an explanation, a conflict situation could emerge, which could in turn escalate into a dispute if the client uses the available regulatory channels to bring specific claims against the recalcitrant bank.

The term grievance is often used in workplace and employment contexts where it is used to refer to allegations of various kinds made by employees against employers, supervisors or other employees. The term ‘grievance’ usually implies that there has been a lack of response, or even resistance, from management – for example a supervisor has not responded to allegations of victimisation, the HR department has not addressed bullying concerns or there has been failure to performance manage an employee adequately. Grievances can arise out of conflict situations and could give rise to concrete disputes that require legal interventions such as fact-finding investigations or tribunal hearings. Where an employee brings a grievance claim there could follow a process of investigation, mediation and adjudication in relation to their rights as employees and the alleged wrongdoing of other parties in the workplace.

The implications of conflict

As we noted above, conflict can be accompanied by personal and communal stress, sadness, anger and hostility, as well as by social disruption, employment problems and financial losses. Parents dealing with parenting differences, for example, or families dealing with a contested will could experience high-level emotions over short-, medium- and long-term periods and find the conflict distressing and disempowering. People’s attitudes towards conflict are affected by many factors, including cultural assumptions and values. A reality of life is that when individuals and groups are in conflict, they can be short-sighted, irrational, simplistic and self-defeating in their decision-making. Mediation can help with some of these challenging factors because it provides a forum in which conflict can potentially be analysed, expressed, constructively managed and sometimes resolved.

Groups and individuals are responsible for how they respond to conflict. We may need to take a step back from conflict or a dispute and use our dispute resolution agency (see post #2) to actively seek out ways to better understand and cooperate with each other in conflict or dispute situations. We need to be ready to acknowledge if we have erred or hurt someone or made a situation difficult. We need to get better at recognizing when more constructive communication approaches or an apology is necessary. We can learn from the art of mediation to achieve these things.

In lockdown we are having to work hard to prevent, manage and resolve disputes ourselves. So, it’s important for us to skill-up in order to be able to recognize when conflict has manifested into a dispute – and then also be able to analyse the dispute effectively and respond to it constructively. Importantly in lockdown, we also need to know when a dispute has become too difficult for us to manage ourselves and be prepared to reach out for professional assistance. A register of nationally accredited mediators can be found here. Governments also often offer free or low-cost mediation services, as do other local community service providers.

If you are interested in training to be a mediator, at Bond University Law Faculty we run short courses in mediation and family dispute resolution through our Dispute Resolution Centre.  You can see the schedule for courses coming up here. During COVID-19 lockdown all courses will be conducted online.

Next Blog Monday 20th April: Lockdown Dispute Resolution 101 #13: Learning from the art of mediation – how to analyse a dispute in lockdown.

Some of the content of this post was also adapted and reproduced from Laurence Boulle and Rachael Field, Mediation in Australia (LexisNexis, 2018) Chapter 6. Laurence is an esteemed member of the ADR Research Network and has long been a leader in the Australian and international dispute resolution communities.