“ADR represents a symbolic harking back to a lost age when caring for others within a communal setting was of pre-eminent importance; it constitutes a reaction against the alienating and competitive style of dispute resolution fostered by an adversarial system.”

As Thornton writes, anti-discrimination law does not give people a right to be free from discrimination; it gives them a right to complain about their treatment. Now – as then – a person who has been discriminated against is required to lodge a complaint at their local equality agency or at the Australian Human Rights Commission. The agency must attempt to conciliate the claim before the complainant can proceed to a civil tribunal or to the Federal Court (other than in Victoria). Courts and tribunals usually attempt to resolve claims via mediation also.

In the chapter she devotes to conciliation, Thornton says that she is ‘equivocal’ about it. Her primary concern was that as the process is confidential, it can have little impact on discrimination in society; its effect is limited to the parties. She didn’t suggest that courts are the ideal forum for discrimination claims though. She writes that complainants find courts “hostile and alienating”, litigation is not well suited to dealing with the types of issues that arise in a discrimination claims, it is costly, and courts are not well equipped to deal with power imbalances, which are common in these disputes. Thus conciliation serves a valid purpose.

In this post, I consider whether Thornton’s concerns about conciliation still apply, drawing on interviews I conducted with barristers and solicitors in Melbourne and conciliators at the Victorian Equal Opportunity and Human Rights Commission in 2017-2019.

One of Thornton’s primary concerns was that although discriminatory acts take place “in the public arena”, the dispute resolution process does not allow public scrutiny of these acts. They must be dealt with confidentially and in a “non-threatening privatised environment”. A public hearing is a last resort.

I share her concern, particularly because in the three decades that have passed, the problem has been compounded by an increased use of confidentiality clauses (often termed Non-Disclosure Agreements).

My research revealed that confidentiality clauses are regularly included in settlement agreements. They prevent the complainant from discussing the nature of the complaint and the terms of settlement. Some are worded so tightly that they prevent the complainant from discussing the claim with anyone, even with a close family member. It is difficult for the law to have an educative effect when claims are privatised and hidden in this way.

However, the process may well educate on an individual level. Conciliators said that just by participating in the dispute resolution process and listening to the complainant talk about their experience, respondents can be educated about their legal obligations and may well introduce changes to their business or workplace as a result. In this way, the process itself becomes part of the solution and a way of addressing harm.

An advantage of conciliation, Thornton writes, is that it creates a space where complainants can achieve small victories which would be “unlikely, if not impossible” within the formal legal system. My interviewees confirmed this. They said that through conciliation, complainants negotiate changes to working arrangements, access to goods and services, modifications to the delivery of education, and compensation payments far in excess of what the tribunal is likely to award. The tribunal, by contrast, orders compensation, often at low amounts which may not be enough to cover the complainant’s legal fees.

So am I equivocal about conciliation? In my view it is an effective way for the parties to resolve the underlying issues that caused the dispute and potentially reach a shared understanding of what happened. They may even be able to maintain a relationship going forward, which is very important in the employment and education contexts.

Being heard and knowing that their complaint has been taken seriously is often very important to complainants. Litigation will not give them that opportunity. Nor are courts likely to make the systemic orders which are needed to tackle discrimination, whereas respondents do agree to wider outcomes at conciliation.

I’m in favour of conciliation with the qualifier that we must be aware of its limitations. Confidentiality precludes the law’s development, it may allow ‘repeat offenders’ to continue undetected and it hides the prevalence of discrimination in the community. We need to find ways to alleviate its limitations.

The balance has yet to be struck between the parties’ desire to contain the complaint and the community’s interest in knowing about the types of discrimination that still exist and how discrimination is being addressed.

The #MeToo movement has reminded us that sexual harassment has not gone away. The legal tools we’re using are not working and may even be hiding the true extent of the problem.

Most sexual harassment complaints are resolved confidentially at the Australian Human Rights Commission (AHRC) or its local equivalents. Few go to court. This system has three fundamental problems. 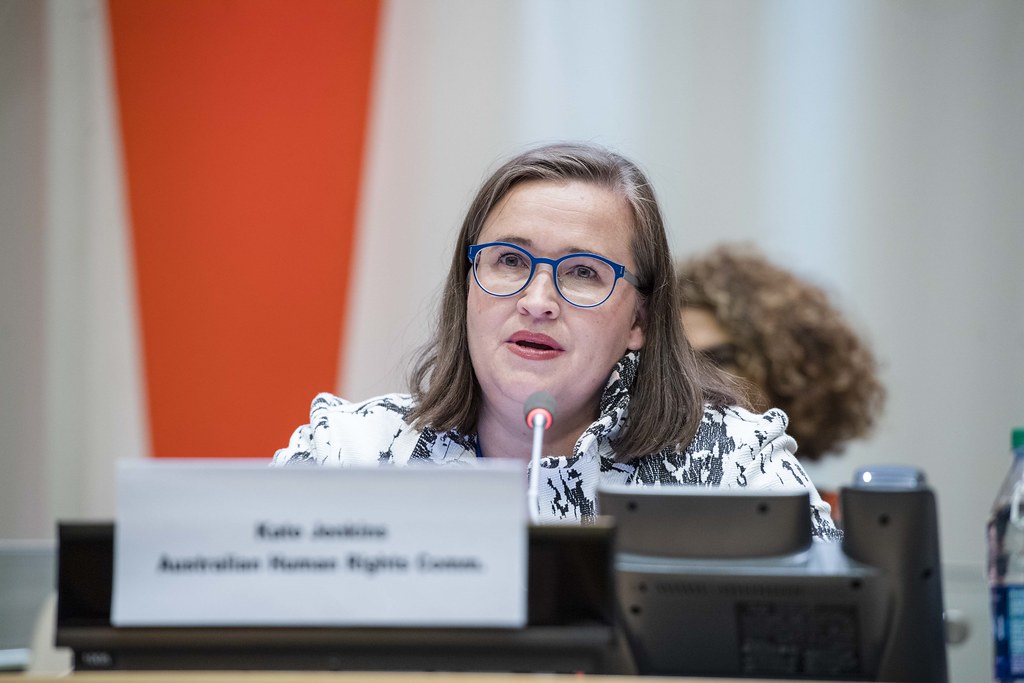 Confidentiality is essential to get people to the negotiating table. Who can forget the media scrutiny actors Geoffrey Rush and Eryn Jean Norvill were subjected to?

Even for people who are not famous, the potential media interest in a sexual harassment claim is a strong reason to settle, as it is for employers who fear reputational damage. But it means the community isn’t aware that sexual harassment is still occurring or how it’s being addressed.

A solicitor told me settlement agreements “almost always” include confidentiality. Another described the confidentiality clause as “not negotiable”. A barrister said: “No one I know has ever settled on non-confidential terms.”

The lawyers said employers use confidentiality clauses to avoid opening the “floodgates” to other victims. Employees seek confidentiality if they have left the workplace and worry about what their former employer might say about them.

At their most extreme, confidentiality clauses have a chilling effect on victims, who fear the repercussions of discussing any aspect of their claim. At the same time, they protect the perpetrator at their current workplace and anywhere they work in the future.

Making a legal claim is complex and costly. A woman who has been sexually harassed could use her local anti-discrimination law or the federal system. The federal system is costly because if she loses at court not only will she have to pay her own legal costs, she risks having to pay the other side’s costs too.

If she’s been discriminated against, unfairly dismissed or has a worker’s compensation claim, three more legal avenues are open to her. These vary in terms of costs, procedures, time restrictions and levels of formality, so they’re difficult to navigate without legal assistance.

It’s not surprising, then, that most people don’t use the formal legal system and those that do tend to settle.

There is no equivalent of the Australian Securities and Investments Commission (ASIC) or the Australian Competition and Consumer Commission (ACCC) that can prosecute employers or represent victims, so the person who has been sexually harassed bears a heavy burden. As one of the lawyers I interviewed put it, the victim has to do “all the heavy lifting”.

This week, the AHRC released Respect@Work, a lengthy report on sexual harassment. It made 55 recommendations, many of which are designed to improve the legal framework. Will they resolve these weaknesses?

In terms of shedding light on the prevalence of sexual harassment, the recommendations include that the AHRC and its local equivalents should collect de-identified data about sexual harassment claims and settlement outcomes, share this data and prepare coordinated annual reports. This is significant because at the moment they only release numerical annual complaint data. They don’t publish anything about the nature of claims or settlements. Acknowledging that some parties want confidentiality, the AHRC will develop “best practice” principles, which might include preparing a model confidentiality clause and making some disclosures permissible.

Lawyers told me they negotiate damages payments in excess of what courts are likely to order. Because settlements are confidential, they have no impact on the courts’ understanding of the harm of sexual harassment, and victims and their lawyers don’t have a realistic starting point for negotiations. It is pleasing that the AHRC has recommended the government conduct research on damages awards and that this should inform judicial training.

Lawyers repeatedly told me the risk of costs is the main reason victims don’t use the federal system. The AHRC recommended a losing party should only have to pay the other side’s legal costs if their claim is vexatious, which is how the Fair Work system operates. The government should act to remove this barrier right away.

The recommendations to increase funding for community legal centres and bring consistency to federal and local sexual harassment legislation (including adding sexual harassment to the Fair Work Act) will reduce the cost and complexity of the system.

Read more:
Geoffrey Rush’s victory in his defamation case could have a chilling effect on the #MeToo movement


But a problem remains – the burden still rests on the victim. The AHRC has proposed establishing a Workplace Sexual Harassment Council comprised of federal and local equality and workplace safety agencies. But this is a leadership and advisory body, not an enforcement agency.

The AHRC president is conducting an inquiry into reforming discrimination law. Changing the enforcement model and alleviating the burden on the victim must be considered as part of this broader project.

This article is republished from The Conversation under a Creative Commons license. Read the original article.

Previously on the Blog